You may not know that the Philippines has long been known as the texting capital of the world. She lost the number one spot recently due to the fact that they switched to using other social applications such as Facebook and Chikka to stay connected. Makati City (a borough in Metro Manila) also reigns as the Selfie Capital of the World, beating out Manhattan by a comfortable 27% margin in the number of self portraits taken and posted to Instagram.  Make what you will of these two facts and try to figure out the cause of this phenomena during your next visit.

Texting is super cheap, and although the internet speeds are on average very poor, you can still get decent LTE speeds in the larger cities. Once you move away from the larger metropolitan areas, internet speeds crawl. Of the two main mobile providers, it makes sense to go with a Smart branded SIM (instead of Globe) if you want the broadest coverage while travelling throughout the Islands. Globe is supposed to be better in the metropolitan areas but I didn’t really see a problem using Smart in all the times I’ve been in the cities in the Philippines. Buying a SIM card and credits is easy. The SIM cards come in all sizes (regular, micro, nano), and credits can be purchased by looking for the ubiquitous ‘Load Na Dito’ signs (Load Now Here).

I went armed with sixteen mobile apps during my trip to two principle locations in the Philippines- Cebu and Manila. I bought and used a 4g Smart SIM card for making calls as well as using mobile internet. Unfortunately, I learned only later that my phone is not on their incredibly short list of compatible phones that allows me to connect to their LTE network. I was stuck with 3g signal for my trip from my phone. No matter, as I did also get a Smart LTE data sim that worked in my pocket wifi device- this one did pick up LTE signal where it was available. 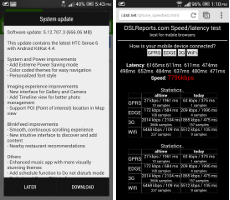 At the start of my trip, my phone decides it wants to update to the latest version of android (4.4). I had been waiting for this update and how opportune that I could test out how good the 3g connection was in Cebu. I hoped it was not a bad omen that I’d be trying to download the 666 mb of the Kitkat update while on the move here. I was subscribed to a 50 peso ($1.25 USD) unlimited daily internet plan, and it ended up taking me only 3 tries before I was successfully able to download and update my phone. Not bad for updating a phone while on the move in a foreign country! 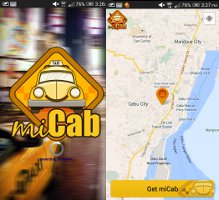 It’s great that Cebu has their own taxi booking app. It’s not so great that it’s too confusing to try to use, doesn’t work well, and plus, taxis don’t really use it yet. Besides, it’s generally really easy to hail a taxi in Cebu. I hope that in the future it works out for them, but for now it doesn’t seem all that necessary.

This worked surprisingly well. I confirmed with locals on route choices that it came up with to make sure it seemed accurate. I even showed to them the routes that the app came up with for routes they were unfamiliar with – haha.

Cebuano(or Visayan) is considered a dialect or language and is widely spoken in Cebu. You’d not even notice that they are not speaking Tagalog (the official language of the Philippines) unless you knew either. Nevertheless, I happened to be at a mass that was conducted in the visayan language and was able to use Cebuana Dictionary to somewhat translate some text.

Pinoy Jokes
Filipinos enjoy telling jokes. I was able to test out to see just how corny the Pinoy Jokes were on some locals; it turned out to be a hit or miss affair. I was told that some of the jokes were a bit green (risque) and so I thought better than to show the jokes to just anybody. Nevertheless, if you’re stuck with nothing but time on a long bus ride, you can pass some of that time by telling a joke. 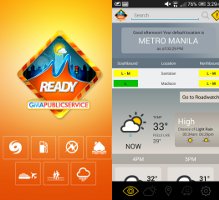 No news is good news and I was not alerted during my entire trip to the Philippines of any disasters. I did on occasion use the app to check the weather forecast. 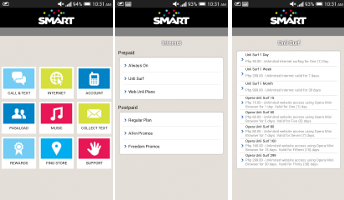 I registered my number with Smart in order to be able to quickly check the balance on my SIM card. The app allows me to view and subscribe to data plans easily so that I don’t have to write down or remember how to renew it once it runs out. I even had occasion to use the ‘pasaload’ function to pass along some credit to another Smart subscriber who had run out of their credits. 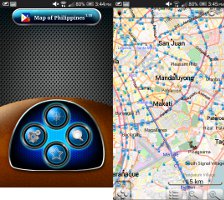 This app worked reasonably well. I did not use it much since I did have mobile internet throughout the duration of my trip, and thus used Google Maps since that app renders (redraws) much quicker. In particular, if you try to draw the maps of heavily populated areas, it takes a bit of time for the map to render. However, if I was to travel in more remote regions of the Philippines, I would use this app since it does not require an internet connection once it is installed.

Philippines Manila Offline Map
This app has decent reviews and so I was excited to test it out. Unfortunately, the map renders entirely too slowly making it almost unusable when you zoom in / out or move it. The app does have a handy dictionary of phrases. 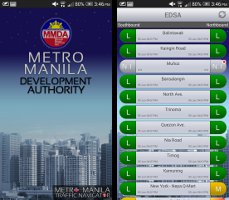 The MMDA is handy- though it is impossible to read the normal system map as it cannot really be zoomed in enough. The only way to view it is to take a snapshot of your screen and then zoom in on that! The app does seem to give special advisory notifications as well as traffic reports in the Metro Manila area. 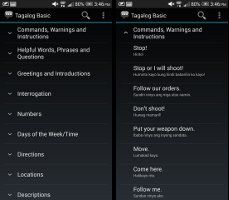 This app has just enough phrases in Tagalog to be useful. It was written by somebody primarily for military use. It’s ad-free and free- a refreshing change from most of the other Tagalog dictionaries. 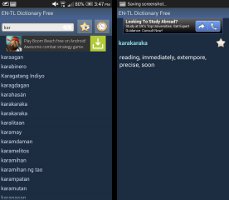 This app does have ads, but is not anywhere as annoying as most of the other Tagalog dictionaries. note: the Google and Apple versions are from different developers but have similar functionality.

Google Maps
The standard map application to use. It works well in most of the Philippines, though some of the minor Islands are not mapped well. There are 7,107 of them, you know…

Google Translate
Tagalog is the official language of the Philippines. Google calls it Filipino. It will get you by in most places, though it does need internet connection to work properly. 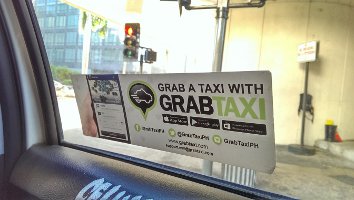 GrabTaxi will work in Metro Manila, where it’s sometimes impossibly tough to get a taxi. The basic charge for hailing a taxi is P70 (~$2 USD), though sometimes Grabtaxi offers promotional rates. On top of that, you may have to add an extra incentive tip of up to $5 USD during peak demand hours!

Rome2Rio - Route Planner
Use the website or app to find routes and estimate prices for routes. I’ve found that it generally overestimates the cost of taxis from airport to the nearby city center.

Unleash the Responsible Traveller in You